The Stonehenge School STEM Club (Science, Technology, Engineering & Mathematics) have been designing and building a hydraulically powered crane, that will pick up an object and move it to a platform, to take part in a national competition organised by Primary Engineer – a charity which aims to encourage uptake in STEM subjects and inspire engineers of the future.

Five students took their design to Old Sarum Airfield where they had to face the scrutiny of the judges and demonstrate the operation of the crane.  The team were praised on the quality of their build, it’s smooth operation and the outstanding design portfolio produced by Mariana.  No other schools in Wiltshire managed to complete the challenge and the head judge told the team that their design would have been a strong contender in any regional final.

A huge well done to the team who represented the school impeccably and demonstrated their build to lots of interested primary school pupils. 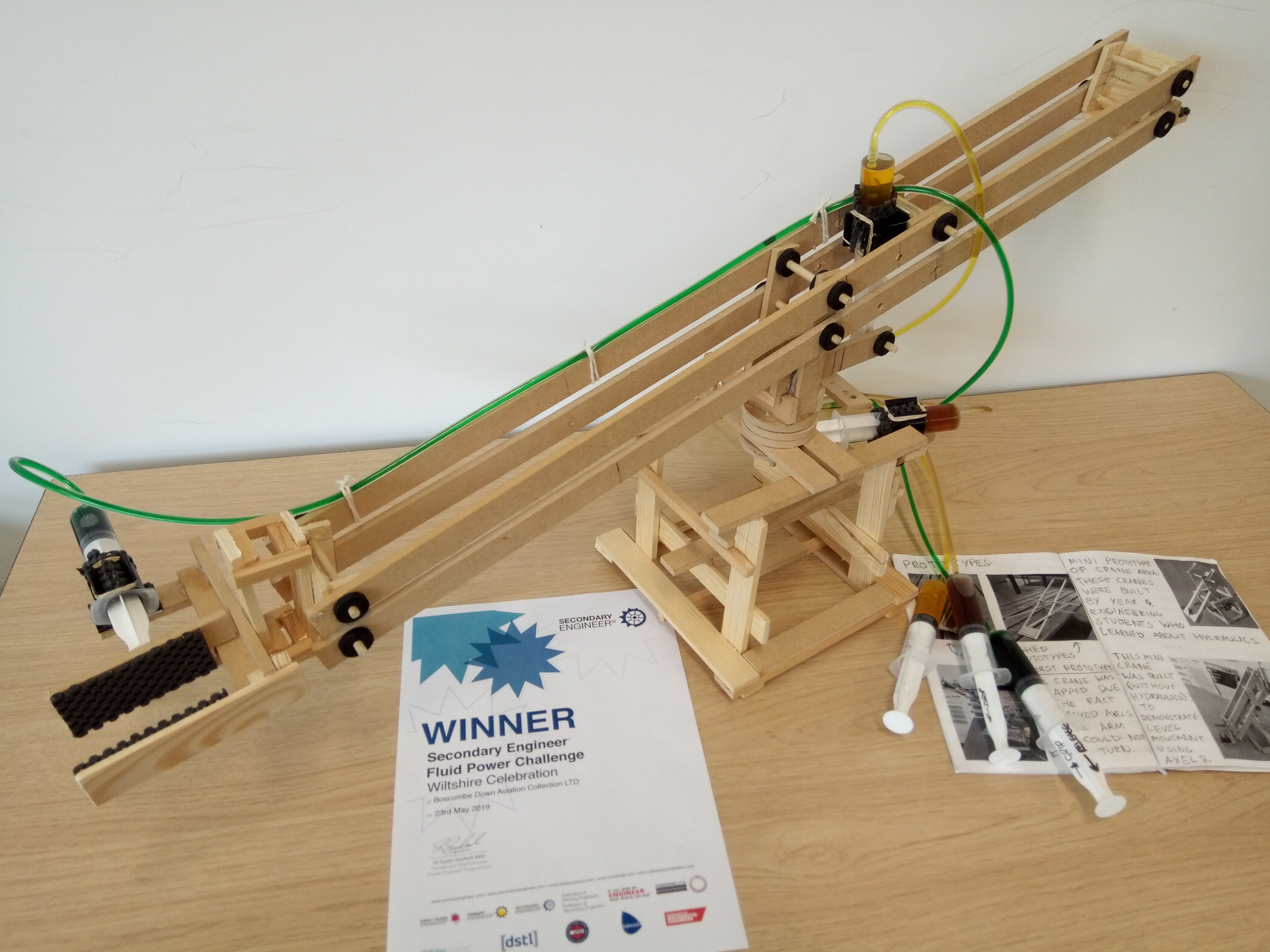 Our Partners and Accreditations