On this very day, students from all different years joined together as a team to complete some great reports. The reports are interesting and will catch your eyes straight away. The brilliant reports included many items e.g interviews, editing, and many photos.

One group of children from year 9, have decided to do there report based on the topic of pros and cons of the school (not forgetting the new build). They interviewed children, and some teachers which have been here working for a while and achieved a lot.

Another group of students from year 11, did the idea of pranks on people, it is hilarious and a great topic to base it on. They included videos of students being scared a lot and worried. I hope the teachers don’t see this on the internet. They did a lot of editing which is so talented, editing is a very hard thing to do.

The 3rd group did a report based on addictive gaming, a group of year 7s which are interviewing teachers. They have made some great question and que cards.

There were many over groups and the topics were: where’s Wally run, tour around the new build, the doors decorated for world book day, a day in the life of a teenager, school baftas and the big sleep.

All in all it was a fab day and the reporters worked together very well and was a great team. The team made some great reports and had so much confidence.

I would like to say well done and congratulations to everyone that took part and especially the year 11s that helped students edit and put it on the BBC young reporters.

Take a look at the video ….

Life of a teenager

The idea originated from problems we face at school. It depicted the everyday problems faced by teenage boys and how they adapt and cope with their personal difficulties.

We chose to make the video comedic.

We started filming the afternoon before and resumed at the start of school. We filmed cinematic’s, interviews and extras.

The interviews were with students. They explained the problems that they personally face and their ways around the problems.

A problem mentioned in the video was loneliness. The student thought it would be better to be alone, without friends but he realized friendship is the key to a good life. 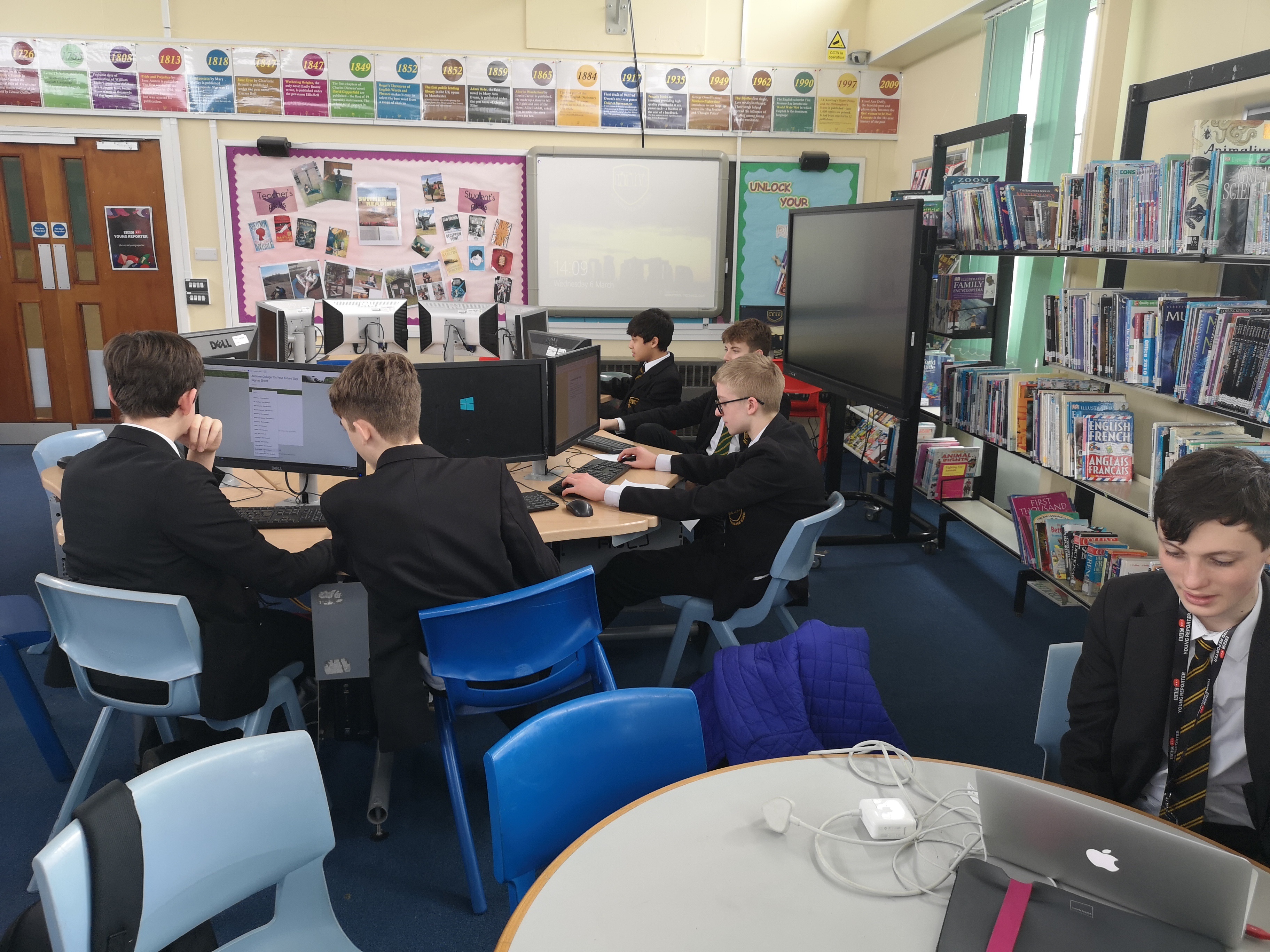 Our intrepid reporters hard at work.

Our Partners and Accreditations